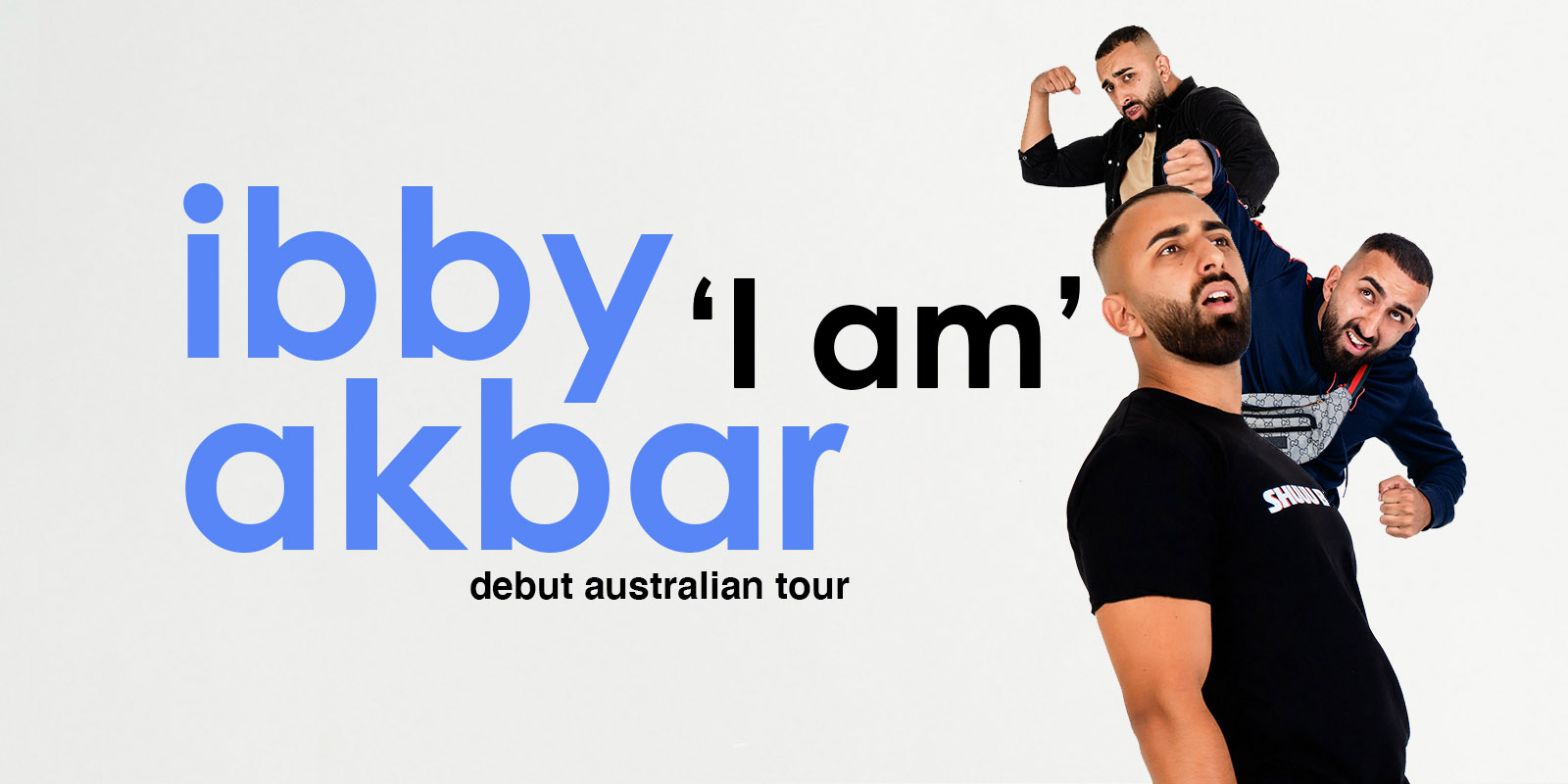 📣 IBBY AKBAR DATES ANNOUNCED! 📣 Ibby Akbar's new show dates will now take place this summer from January through to February, 2022.  MELBOURNE: All shows will now be held at Melbourne's iconic The Forum, your tickets will be transferred over during the week so please keep a lookout in your inboxes for your new allocations. Tickets for the fourth show (early only) will resume on sale Fri 22 Oct, 9am (AEST). SYDNEY: Tuesday show will be sold out and the Wednesday show is almost sold out, so get your tickets now! For all other states -  tickets are on sale now and as for current ticket holders in these states your tickets will be valid for the new date.
SYDNEY TICKETS
MELBOURNE TICKETS
BRISBANE TICKETS
GOLD COAST TICKETS
PERTH TICKETS
ADELAIDE TICKETS 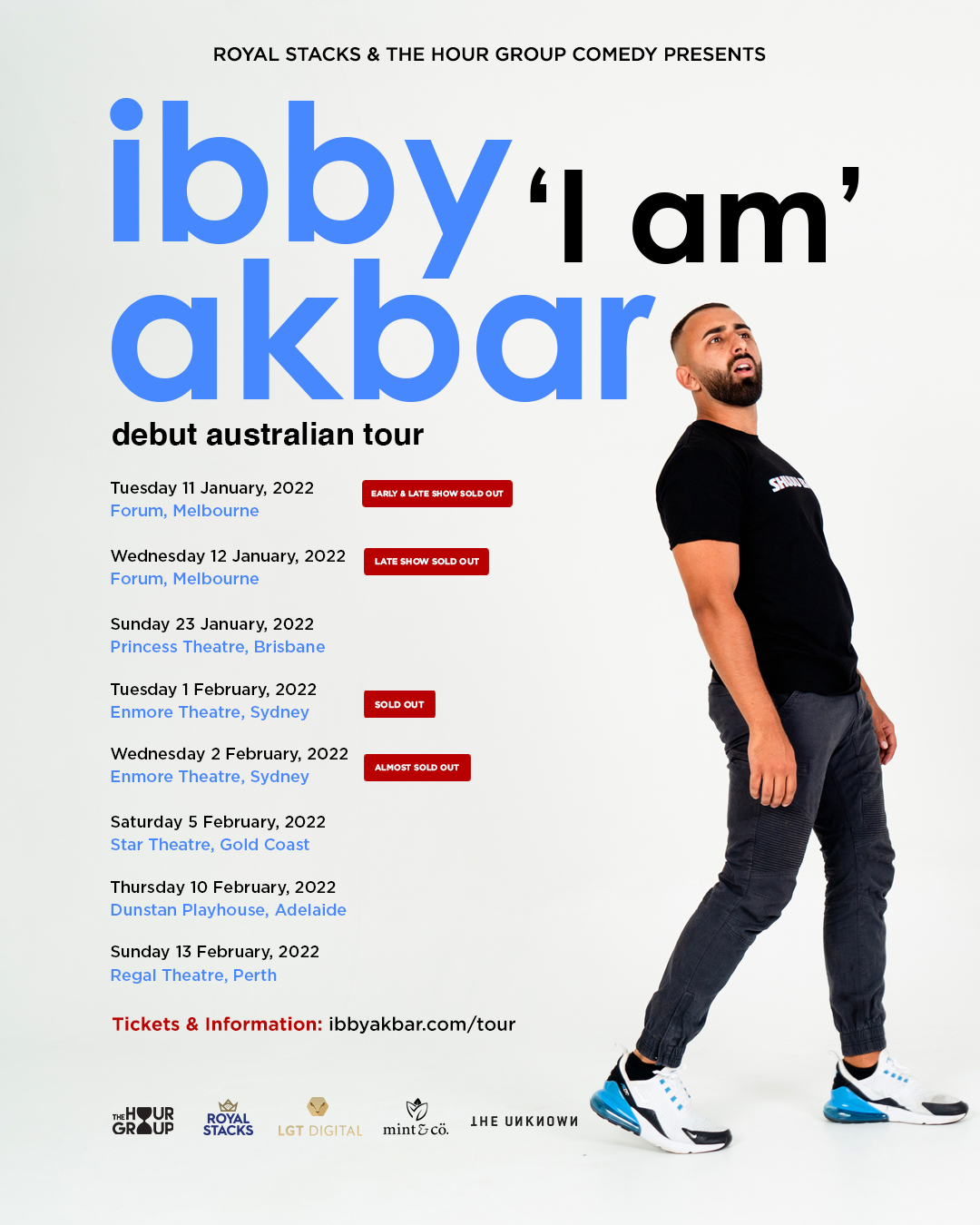 With what began as a bit of fun on Facebook to entertain his family and friends, has since become a cult following with over 200K followers across his social media networks. The hilarity that ensues from stories of growing up in an ethnic family, to relationships, to poking fun at society in general, Ibby has definitely found his niche. He regularly posts video clip content and continues to entertain his fans, reaching bigger audiences by the day. It was only a matter of time before he would take the show ‘on the road.’ For more information head to www.thehourgroup.com.au